Hereditary anemia?
Should you be checked for?

The carrier status of hereditary anemia is not a disease. Carriers may eventually suffer of a slight anemia but generally without medical complaints.

The Netherlands and other countries of Northern Europe are home to many people that originate or have parents or grandparents coming from Mediterranean, African, or Asian countries. Many Dutch citizens also have ancestors that originate from these areas because of colonial heritage.
These people have a higher chance of being a healthy carrier of hereditary anemia such as thalassemia or sickle cell disease. Healthy carriers do not have and will not develop the disease, but they may transmit the trait to their children (See: What are hemoglobinopathies?).

Although being carrier of hereditary anemia is not a disease there are still three important reasons why this person should know whether he or she is a carrier:

Partners who are both carriers (couple at risk) may also have healthy children but with each pregnancy there is a risk of 1 in 4 (25%) to have a baby severely affected with thalassemia major or sickle cell disease.

For couples at risk that wish to have children, it is possible to prevent the birth of severely affected babies by different means, most likely by prenatal diagnosis.
If you live in The Netherlands and you wish to receive more information you may ask your physician or specialist to allow analysis of your blood or to refer you to one of the following Genetic Centers:

The laboratories of the large hospitals in The Netherlands can establish whether you are a carrier of hereditary anemia. Otherwise they may refer you for analysis to one of the specialized laboratories.
The reference lab for research and diagnosis of hereditary anemia in The Netherlands is: Het Hemoglobinopathieën Laboratorium (tel.: +31(0)71-5269800) Department of Clinical Genetics/LDGA at Leiden University Medical Center.
Prenatal diagnoses are done at the same department (tel.:+31(0)71-5269800). 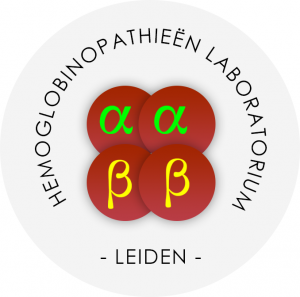